Leadership is a term often misused in business. Mistaken as another word for management. Understanding the differences between the two terms however is your first step for choosing the right people for the roles.

Management is all about managing resources. The effective and efficient management of resources is important to every business large and small.

But businesses do not exist or accomplish anything without people. This is where leadership comes into play.

Leadership is all about communication. Leaders have an ability to steer their team to achieve common goals and objectives. At the end of the day people can and will make or break your business.

Well motivated competent people can do amazing things. Choose the wrong people to lead and the impact can be disastrous. Choose the right people and a business can soar.

We are all born with certain innate characteristics and we develop competencies in response to the education, training and experiences of life. Some people are born with leadership potential and others develop it.

So what should you look for in a leader? In its most basic form, leadership is about character and competence.

Character of a Leader

The character of a leader embodies who they are, what they believe, and it affects how they act.

Ethical principles are used to judge between right and wrong. They are the framework around which character is built. Ethical principles such as integrity, loyalty, honesty, fairness, respect, responsibility, and accountability are often considered among those that are applied to leaders.

Values are beliefs about behaviour that guide actions. They are the glue that holds character together. For example, include integrity, honesty, trust, professionalism, commitment, customer service, and excellence.

Competence of a Leader

The competence of a leader is demonstrated in what they know and how they perform. Knowledge and skills are both fundamental to competence.

Knowledge of a Leader

Knowledge is used to understand, explain, communicate, explore, research, assess, evaluate, critique, solve, and to create. Knowledge can be factual, conceptual, procedural and meta-cognitive and exist at three different levels:

Skills of a Leader

Choosing a leader should start with character. You can train a bright willing novice in the fundamentals of your business but it is a lot harder to train someone to have integrity, judgement and the drive to get things done. Leadership is a complex and value-laden concept. It does not merely include the authority to lead but also the ability to lead others. Leaders aim to influence and persuade other people into doing something of their own free will. Leaders will not be effective if they do little to influence and inspire those that they lead. Leaders will have well developed people and communication skills. A leader only becomes a true leader when they are trusted and accepted as a leader by those that they lead. Leaders must:

Once in place your leader must create an environment where the best, brightest and most creative are attracted, retained and unleashed. Guide them by telling them what needs to be done and let them come up with how it will be done. You will be amazed at just how creative well motivated people can be and your business will benefit from their creativity and motivation. 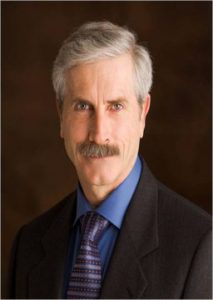 Brett Cairns is a retired senior military leader and current owner of his real estate business Brett Cairns: REMAX Ocean Pacific Realty. He spent most of his previous 35 year career in leadership positions and he has published articles on leadership and strategic planning. He can be contacted at 282 Anderton Road in Comox, BC V9M 1Y2 250-898-3348