Sélectionner
“Being the boss anywhere is lonely. Being a female boss in a world of mostly men is especially so.”- Robert Frost.
Women networking events are commonplace these days. Women attend these events in droves, and express excitement about the opportunity to connect with other women in business. But, why are these events so successful? And how do women network differently than men?
For the past several years, Cathy Goddard of Lighthouse Visionary Strategies, top 10 finalist in the 2013 SBBC Awards, has run women’s mentor groups in Whistler, BC and the Sea to Sky Corridor. Her groups bring together women entrepreneurs and intrapreneurs (women in senior decision-making positions in companies) into handpicked groups. In the safety of these groups women are encouraged to set business goals, design strategy and explore their business challenges. With the mentoring and input from other group members women work to advance their business skills and results. Lighthouse Visionary Strategies has recently added business men to the groups, uniquely qualifying Cathy to comment to the issue of whether or not women network differently from men?
Cathy offers several observations based in her experience of women vs. women networking in business: “I do believe that women network quite differently from men. Men generally go into networking opportunities with more clarity of what they want to achieve and with focus solely on their professional needs.
On the other hand, women often take a selfless approach and are more apt to consider what they have to give others. They also tend to seek advice for both personal and business requirements…whether recommendations for a hair stylist or a graphic designer.
One other differentiator I’ve noticed is that women hesitate to ask for what they want, whereas men are more comfortable making direct demands.”
While both men and women run successful businesses, there are differences between the sexes that do affect how day to day business is conducted. These differences are also evidenced in how women like to network with each other, and what they get from it. As Robert Frost noted, running a business is challenging and often lonely work, especially so for women who are often emotionally wired for connection.
A large component in networking is the process of women creating connections with each other.

Four Differences in the Way Men and Women Network

1. Men are Assertive and Linear

Many men networking are often linear in approach. Who is at the meeting who is related to their industry, who can they meet or connect with that can help position them or move them ahead in their chosen field. Men approach others that will be customers or clients of their business, or will act as a supplier. They are more assertive in their approach, and according to Cathy Goddard, less afraid to ask for what they want.

I run a small women entrepreneur/mompreneurs networking and business training group called Mom CEO Academy in Squamish. While many of the women are interested in learning more about business and how to improve their own, they also want to share the personal challenges they face in running both a business and maintaining family at the same time. A large component in networking is the process of women creating connections with each other.
Women connect to each other through children, family, business challenges, successes and a desire to mentor upcoming business women. In a women’s networking group, women feel safe to express how they FEEL about their work/life challenges and look to other women with similar experiences for support and advice.

3. Women are Wired to Connect

Women are wired to connect and can be natural networkers. They often play a primary role to support and nurture in the family setting. In watching women at a networking event, you see that they are asking questions, coaching and encouraging. In my experience women want to see other women succeed. While they do acknowledge competitors, they prefer to build capacity over competition. In some cases I have also seen women try to work with their competitors, finding ways in which the two businesses can align to mutual benefit.

4. The Queen Bee is Not a Networker

According to Drew Gannon blog for the The Fiscal Times “How Men and Women Differ in the Workplace”, men in business exhibit more behaviour like aggressiveness, and show skill in delegating and managing up, but women leaders are typically judged as more supportive and rewarding. Women also rank higher in persuasiveness and assertiveness, compassion and team building.
This is not to say there are not competitive and non-supportive women. There are women who will model their business personality after what are considered traditional masculine attributes. Such women have been written about as having the ‘Queen Bee’ syndrome. Queen Bees are women who will not promote or support other women working with them. Competitive and unwilling to mentor other women beneath them, the Queen Bee can be cut-throat.
As Caroline Turner, author of Difference Works: Improving Retention, Productivity and Profitability through Inclusion commented in a feature on Forbes.com, “Among negative things said about women is that they are catty, sabotage each other or simply do not extend a hand to other women through mentoring. Some commentators have suggested that women’s failure to support other women is one reason there aren’t more women at the top.”
I have experienced women in business that exhibit competitive and hostile behaviours, however, over many years of networking with women have found this to be the exception not the norm. Women are generally still fighting to define their place in the world of business. By connecting and networking with peers they are validating their important role and also beating the loneliness that can come from being a woman in business. 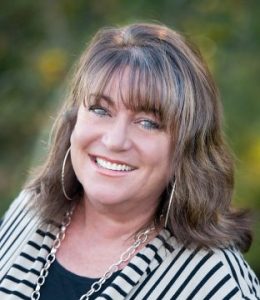 She believes in the power of networking and communications for the small business person and entrepreneurs are her favourite type of person (other than dogs).