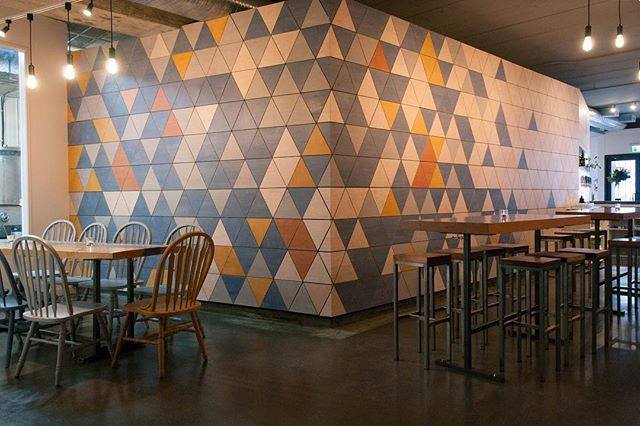 In 2013, the Province of British Columbia overhauled local liquor laws allowing craft brewers and distillers to build tasting rooms and on-site lounges. Since then, over 70 new breweries have opened their doors across the province, including thriving mini-communities in Victoria’s ‘Beer Mile’ and Port Moody’s ‘Brewery Row’.

Vancouver has seen the biggest growth of all, with Variety Magazine even describing the city as “North America’s Craft Beer Capital”. At the heart of this rise is the city’s bustling ‘Yeast Van’ district, a collection of breweries operating in the area between Main Street in the west to Nanaimo Street in the east, and from Burrard Inlet in the north to Terminal Avenue in the south. This historically nondescript and industrial part of town has been revitalized by their presence, attracting tourist dollars and investment that’s turned ‘Yeast Van’ into one of the city’s trendiest ‘burbs.

With so many breweries concentrated in one corner of town, the expectation is that competition would be rife. Instead, an atmosphere of cooperation fills the air, with 15 of the local breweries collaborating on the Yeast Van Brewery District Collab Beer Vol. 1. Earlier this year, those same 15 breweries decided to firm up their partnership, forming a cooperative with help from Vancity. This co-op will initially focus on events and marketing, including the annual Yeast Van Hop Circuit.

One of the breweries involved in this effort is Luppolo Brewing, which first opened its doors in 2016. Luppolo sits on Venables Street, walking distance to Commercial Drive’s Little Italy; It’s a suitable setting for a brewery boasting an Italian name (Luppolo is Italian for hops) and two owners with Italian heritage.

The brewery is owned and operated by two couples, Eleanor Stewart and Ryan Parfitt, and Anique Ross and Federico Stucchi. Their shared love of beer and entertaining led to the quartet opening their own brewery and taking part in BC’s craft beer revolution. A few short years into the endeavour and they’ve already carved out a place among the city’s best breweries.

Getting into The Brewing Business

Making the decision to go into business is an exciting opportunity to be the master of your own career; to success and fail on the strength of your own talents. At Lupollo, four owners means four diverse backgrounds and skill sets to contribute. It’s given the business a wealth of knowledge to lean on during the start-up phase.

“One thing that was really useful for us at the beginning was we all had really different backgrounds. When we broke up tasks we were able to do it logically based on each other’s strengths,” Anique explained.

“We started work on the business plan, using our different skillsets to bring it all together. It helped massively having Ryan on the team, who is a bit of a go-getter and a risk taker. When we found this space, it was a huge reality check for us. We thought ‘are we actually doing this? Is this happening?’ Suddenly, you find yourself paying a lot of rent for months before you can actually open.”

Entrepreneurship is filled with ups and downs. At Lupollo, the challenges faced are a common thread for small businesses in British Columbia. Weathering these problems is vital for a business to grow and flourish.

“Staffing is a challenge for us, and lots of other small businesses around Vancouver,” Anique revealed.

“Right now, we have amazing staff, including some that have been with us since the beginning. But, it’s a challenge. They aren’t super high paying jobs, people don’t want to be a bartender forever. Staffing is always something that’s in flux. I’ve had moments where I’ve been cursing HR stuff. You find yourself spending a lot of time on hiring, training and all that goes along with it.

“I think that communicating can be challenging, especially when you’re making crucial decisions together,” Eleanor revealed.

“All four of us want what’s best for Luppolo and we all bring four sets of strengths and four different perspectives to the table. We all have different priorities, which is great because it brings a sense of balance to things. In the heat of the moment, it can be hard to communicate things effectively without emotion creeping in. Fortunately, being friends, we know we can leave things on the table.”

Entrepreneurs are workaholics. They toil for long hours, putting their business first as they nurture it toward growth. They love what they do, but it’s not the only reward they enjoy for their endeavours. According to Anique and Federico, creating Luppolo has had some amazing benefits.

“For me, it’s been the community that’s built up around the space,” Anique revealed.

“We’ve got a lot of regulars now, a lot of people from businesses right around here. We know them by name, they know us by name, we know what they like to drink and it’s nice to be able to catch up with them. A lot of the people who come in are somehow connected to all of us. Friends and family come through often, they hold events here. That has extended out so far now and there are a lot of people in our world now because of this and we’ve built up some amazing relationships.”

“We have a guy who comes in, I didn’t know him six months ago, and now he hugs me every time he visits,” said Federico.

“He’s more than a customer at that point you know. But for me, the first time we opened was emotional and I almost shed a tear! We had put so much work into the place and to see it all come together was something special.”

The groundwork is laid and Luppolo have earned a well-deserved place among the heavyweights of the Yeast Van brewing scene. But what of the future? According to Ryan and Federico, organic growth and staying true to their roots forms the roadmap for the coming years.

“If we were to hit our five-year production goals, have more packaged product into more stores and have more kegs into bars and restaurants, a full room here whenever possible, I’d be delighted with that.”

“I agree with Ryan on the size. It’s never been the idea to get so big we’re competing with people like Parallel 49,” Federico explained.

“It is important to us that people begin to recognize our brand, our beer – even outside of BC. Being able to make the beer we want to make, with no compromises is important to us. If we can take our place as a small, well regarded brewery across Canada and even internationally that is where I’d love for us to be.”