Miranda Lievers is one of the Vancouver tech scene’s fastest rising stars. Her business, Thinkific, has enjoyed meteoric growth, rising from an idea to one of BC’s tech success stories.

We caught up with Miranda to get her insights on how to grow a business in a sustainable manner.

What is the startup story of Thinkific?

Greg Smith, our co-founder & CEO, was teaching LSAT classes in-person at UBC in the mid-2000’s and wanted to take his LSAT course out of the classroom, and get it online. He worked with his brother Matt to make it happen.

The course started to get success – Greg’s online course income grew to surpass his income as a securities lawyer. When other course creators started to seek out not Greg’s course, but the platform he had built to host it, Thinkific was born!

Incorporated in 2012, Thinkific went through a couple of iterations in the early years before launching as a SaaS (Software as a Service) platform in 2014, when I joined Greg, his brother Matt, and our now CTO Matt Payne. At that time in many ways we just imagined what Thinkific could be and went heads down to work hard on making it happen, so it’s neat to take a step back and see where we are now.

Today, over 50,000 entrepreneurs and businesses from virtually every industry use Thinkific to create and sell their own online courses. Together, they’ve educated more than 25 million people from 190 countries, earning more than $650M todate. This revenue is expected to more than double to over $1.5 billion by the end of 2021. 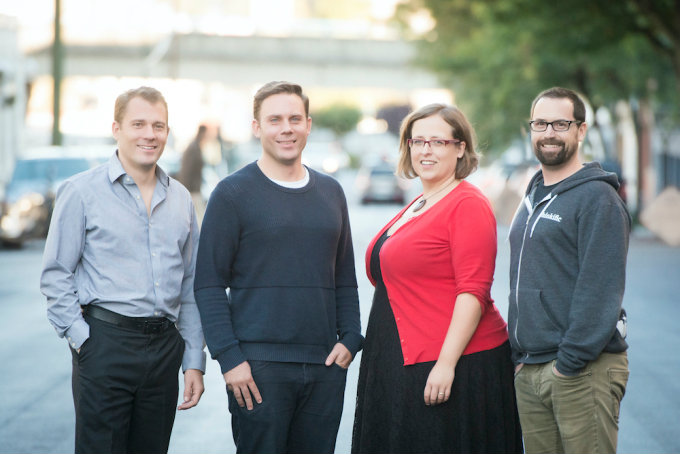 You’ve undergone rapid growth recently. What tips would you share with anyone looking to grow a sustainable business?

Rapid scale – perhaps we’ll define that as anytime you’re doubling or more in a year – is such a unique experience. At that speed, processes and communication channels that were rock solid one month totally break 3 months later when you hit bottlenecks you didn’t know you had, or where you thought you had a process you actually had a person and we’ve hit their max. It’s a bit like building the plane while it’s in flight.

Here are some tips I’ve learned along the way:

1.Let fires burn, but be intentional about what you’re not touching

I used to think that the goal was to figure out what was worth doing and what wasn’t in prioritization, but it’s much more nuanced than that.

There are 1000 things worth doing at any one point, and you need to be super clear about which ones you’re going to tackle and which ones you’re going to actively ignore. Because you can’t tackle them all, or you end up with 1000 partially finished projects and not a single thing moved to “complete”. Instead, you need to get REALLY comfortable with letting important things wait. Fierce prioritization is the name of the game; tackle only a couple of things at a time so you can move things to completion, fast, and move to the next most pressing thing on the list!

2. If you believe you can, you can

We often get in our own way, and I’m convinced that a big part of rapid growth is mindset. Great businesses stumble when we doubt and second guess ourselves and our teams, or get too focussed on all the reasons something won’t or can’t work. There’s very little that can’t be done, very few obstacles that can’t be overcome. Listen for the words “it can’t be done” or “that’s impossible” – from yourself, and from your team! – then reframe the question to “what would have to be true to make it possible?”.

Building a company is hard. Don’t take yourself too seriously, focus on your team, and if you’re seeing stress and burnout surface – in yourself or your team – take your foot off the gas and make addressing that the priority. It’s impossible for anyone to show up as their best selves and to do their best work if no one is having fun in the process.

If any of our community members wanted to create their own course and share it through Thinkific, what advice would you offer?

Just start! The single biggest reason that I’ve seen people fail is that they are so worried about getting everything right that they get bogged down in either the process, or get mired in perfectionism. The first one won’t be perfect, it may not be pretty, but the goal is to rip of the bandaid. Done is better than perfect!

I’m a big fan of a forced constraint of a mini course, do a complete offering (maybe a short free course as a lead magnet, we don’t need to sell it), and create something end to end and ship it (get it into the hands of your audience) in a short amount of time. Give yourself a dedicated weekend, or a week at the max. Going through ALL of the parts of the journey will teach you so much, that then you have some insights to go back and start the first real offering – you’ve learned some of what to do and not to do, and you’ve figured out where you might stumble ahead of time so it’s easier to tackle.

Discover Small Business BC’s range of educational webinars, book a one-on-one consultation with one of our business experts, or share your business with our province-wide audience and list yourself on our BC Marketplace. It’s free and signing up is simple!