Across Canada, it’s estimated Indigenous-owned businesses contribute $32 billion annually to our economy. This figure, while seeming outwardly impressive, hides the true potential of what an Indigenous economy could be.

Her goal is to grow the Indigenous economy to $100 billion in the next five years.

“The $100 billion Indigenous economy is a modern stake in the ground. It’s a marker of a new economic reality in which Indigenous peoples have an equal share.”

What Exactly is Indigenomics?

For generations, Indigenous peoples have been largely excluded from the prosperity and economic opportunity afforded to other Canadians. This economic displacement has played a pivotal role in the polarization of the Indigenous relationship over time.

The Indigenomics Institute exists to correct this wrong, helping to create equal economic opportunities for Indigenous peoples in our country. The Institute acts as an economic advisor for governments, Indigenous communities, and the private sector. For those unfamiliar with the term, Carol Anne is happy to explain.

“I understand that Indigenomics is a new term for many. It is about approaching economics from an Indigenous worldview. It points to the growth of the emerging Indigenous economy – a collective response to the lasting legacy of the systemic exclusion of Indigenous peoples from the economic table of this country.

The Indigenous Economy in British Columbia

In 2015, the federal Truth and Reconciliation Commission Report called for economic reconciliation with Indigenous peoples based on a holistic, values-driven approach to attaining community economic prosperity.

This ability to negotiate as equal partners has led to an evolution in Indigenous/Business partnerships. Two recent developments highlight this move, with the Haisla Nation backing the LNG/Coastal GasLink project in Kitimat, and the Squamish Nation’s role in the largest-ever Canadian residential development on Indigenous land, occupying an 11-block area of Kitsilano in Vancouver.

Despite this welcome progress, Carol Anne believes it’s still hard to gauge the full economic impact Indigenous peoples have on our economy in British Columbia.

“British Columbia is essentially operating blindly right now. They do not have a whole metric of Indigenous economic impact. This is a very important question, and something I have been driving at a number of different government levels.

“Without that number, it becomes impossible for BC to establish an appropriate response to assist Indigenous communities. We simply lack a full understanding of the size of Indigenous contribution to the provincial GDP. That’s what I would encourage. In fact, I see it as essential to derive an economic metric that points to both the regional economy, and the correlation to the national GDP of Canada.”

“The Institute is leading the  establishment  of a concept called the Indigenous Economic Mix, which is a shift away from strictly measuring the socio-economic gap. There’s been this long-lasting narrative of Indigenous peoples falling behind in education, or Indigenous peoples falling behind in the labor market – all of these different aspects that drive our economy. We need consistent demonstrable data points to demonstrate beyond the gap and understand actual Indigenous economic design, impact and outcomes today.

Barriers to Entry for Indigenous Entrepreneurs

Setting up a business is a challenging endeavor. Every entrepreneur has barriers they must overcome to get their start-up off the ground. According to Carol Anne, Indigenous entrepreneurs currently contend with several additional hurdles in British Columbia.

“Currently, the size and scale of the explosion in the numbers of Indigenous entrepreneurs is not being met by accessible capital. The current banking system is not meeting the needs of the growth and design of the Indigenous economy nor are federal or regional programs.

“The other thing to understand is that access to connectivity, to Wi-Fi Internet, is a significant barrier in Indigenous economic design that urgently needs to be addressed.

“There’s a report from 2016 Indigenous Works that identified that 85 per cent of Canadian businesses are in no way shape or form engaged with Indigenous communities or businesses. While some may see this as a problem, I think it’s important to see this as an opportunity.

“First, we need to establish pathways for Indigenous entrepreneurial inclusion and connectivity. It’s up to each organization, including ones like Small Business BC, to play a role in that broader conversation.”

No matter what stage of business, or what problem you face, Small Business BC offers a range of webinars and one-on-one advisory sessions to suit any business. 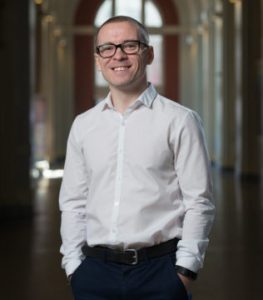 A native of Dublin, Ireland, Darren has an extensive background in journalism and content creation that stretches back over a decade. He has worked at Small Business BC since August 2017.

In his position as Content Coordinator he oversees the upkeep of the SBBC and SBBC Awards website, writing articles, developing relationships with external bloggers, and collaborating with industry experts on articles of interest to the SBBC community.