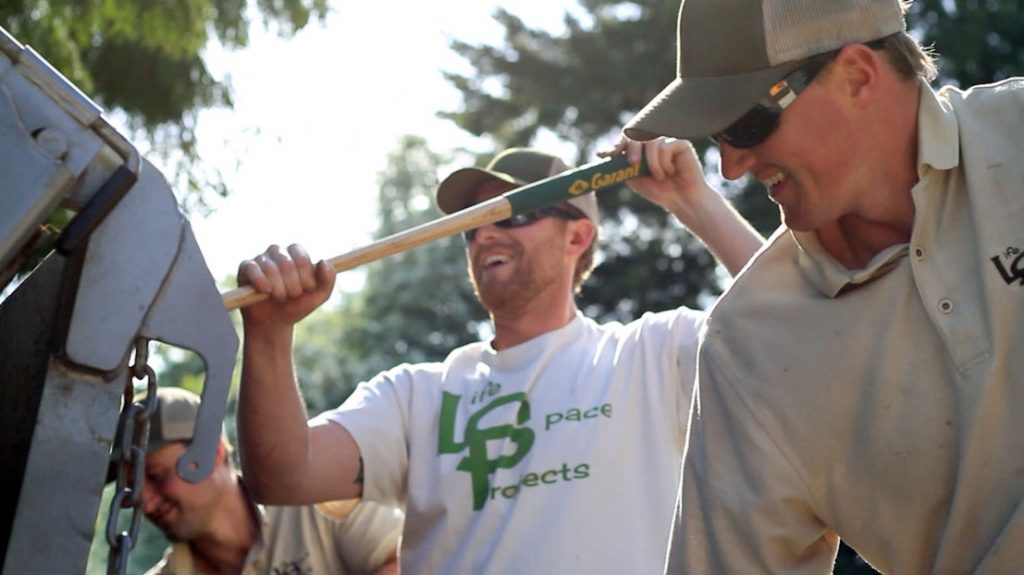 For Wesley Hooper there was no eureka moment when he realized that he wanted to become an entrepreneur, it was a slow burn, and a decision out of necessity. That necessity was that he kept killing his tomatoes! A hopeful gardener, he would spend all spring tending his crop, then go away for a weekend in summer and forget to ask someone to water them, returning to a withered mess of destruction. Not wanting to use a traditional irrigation system, which he saw as ugly and wasteful, he set about creating system that achieved his needs. His plan was solidified while on a University exchange in Switzerland.

When he returned to Canada he created his first LifeSpace Garden prototype, and it worked! “I only watered my 5’x8’ raised garden five times the entire year and grew an epic yield of vegetable,” he remembers.

With a successful prototype under his belt, Wesley became consumed with his idea and dropped out of University to pursue it full-time. A bold move, but not totally fool hardy: “I was putting myself through University by performing renovations and carpentry, so I had a safety net,” he explains. He convinced a good friend and fellow carpenter, Cooper Pantages, to work with him, and started to build the business.

In Search of Funding

One of Wesley’s first ports of call was Small Business BC. Working closely with one of our Business Plan Advisors he developed his business plan and applied for funding with Futurpreneur (formally CYBF) and Vancity. Futurpreneur helped Wesley with a low interest loan to help him purchase some of the key equipment and provided him with a mentor who he says has been a “great sounding board for small and big decisions”.

He recalls when first starting out his competition felt a little intimidating. “The other companies look all nice and shiny, but they’re just doing the same thing: The best they can with what they have. They’ve just become good at applying polish”. This is one the biggest lessons that has stayed with him as he grew the business. “Everyone is just giving it their best shot,” he explains. “If you really feel the passion for what you’re doing, sometimes you just need to throw away the books and do what feels right.”

When asked who inspires him, he admits that as corny as it sounds he tries to take inspiration from everyone he meets. “It helps me keep things fresh and my mind open,” he explains. “It also gives me a constant appreciation for everyone in my life.” The key he says is not to be afraid to ask questions, relentless questions! “No matter what situation you find yourself in, find a way to define it for yourself,” he advises.

That passion for growing and innovating is something runs through the entire team at LifeSpace Gardens. “We have a great team that is fully dedicated to building, growing, helping and innovating,” he proudly describes. “The LifeSpace ethos is rooted in genuineness and quality, we do everything we can to reflect this in the quality of our service.”

Since forming in October 2012 the company has grown from strength to strength. Their self-watering gardens are now thriving in gardens across the lower mainland, “We’ve built gardens for some really awesome people, including the Millenium Park community gardens on the shores of West Vancouver,” he tells us. But his greatest achievement to date? “Undoubtedly the looks of joy and appreciation we get for introducing vegetable gardening into people’s lives.”

It’s that enthusiasm that Wesley is looking to build his business upon for the future. “We’d like to see a day when growing vegetables at home is once again the norm, even for those living in concrete towers and downtown condos,” he explains. “We want to bridge the gap and make it easy for people to become more sustainable.”

The Law of Positive Attraction

When asked what advice he would give new entrepreneurs Wesley simply says “Get started”. He explains that if you’re on the right track, you’ll find out pretty quick. “The law of positive attraction exists, and if you’re doing the right thing, the right people will cross your path and help you on your way.”