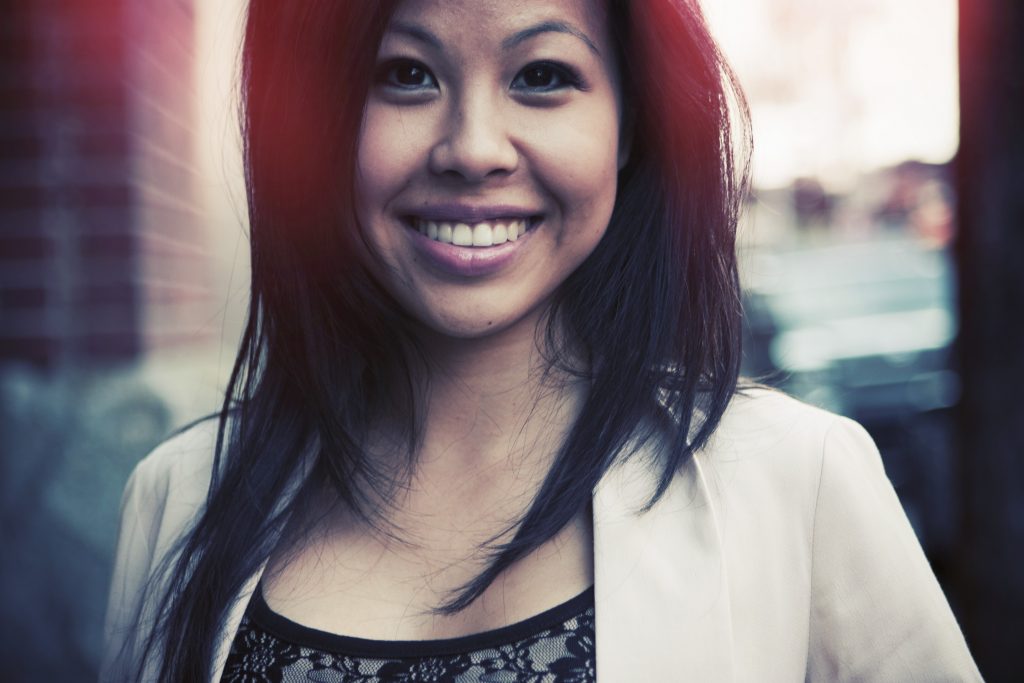 Everyone has that dream. The one where the hobby that you love, that you try to make time for, becomes a successful business. For Joyce Poon her dream became reality.

To Dream the Impossible Dream

Joyce started Noir Lash Lounge as a fun idea and a hobby. After graduating with a Bachelor of Science from UBC she went to work for Vancouver Coastal Health for almost 6 years, but was never content. She created Noir to fill that void and fulfill her own obsession with lashes.

A Pattern of Growth

Founded in May 2008, Joyce began Noir as a mobile and home-based business. The third job she was juggling at the time. When the Christmas season rolled around she found that her client list suddenly exploded, so went in search of a temporary property to accommodate her business.

Joyce remembers: “Yaletown was my dream location. I would drive by it wistfully thinking how it would be a-dream-come-true if I could open my lounge there”. First renting two couches in the lounge of Blo Blow Dry Bar, she then took the leap to a permanent location in March 2009. What made her take the leap? The support of the other local Yaletown businesses. In a time of economic uncertainty it was these neighbourhood businesses who gave her the confidence to take the leap of faith and create a store-front business.

Noir soon outgrew its location and Joyce opened her second location in South Granville less than a year later. Today Noir has 2 franchise locations and 3 corporate locations across BC, Alberta & the US.

Joyce comments that one of her most valuable lessons was “it never hurts to start out small and slowly, but you must be prepared for growth”, observing that she has seen many great ideas and concepts fall at the last hurdle because they cannot handle the volume.

Finding a Niche and Sticking with it

When Noir arrived in Yaletown it was an instant hit. All those women who had spent years curling, combing, and applying mascara to their eyelashes came knocking at the door.

Part of that popularity is its focus is on one thing: eyelashes. “By default, if that’s all you do, then you become the best at it” explains Joyce. While other salons see lashes as an add-on service, Joyce has gathered a full staff whose expertise are lashes only. That being said with over 100 choices of different types of lash and ‘dips’, that niche is a rather big one.

The concept of Noir, in terms of its price point, service and ambience, was built upon the type of customer service that Joyce was seeking for her own needs, but could not find. She observes that one of the most common reasons for starting a business is because you saw a gap in the market for a product or type of service you wanted, so don’t be afraid to put yourself back in those shoes to make your business decisions.

Adding, that putting your customers first will be your best form of marketing. No matter how big your marketing budget is, it will be your customer’s feedback that will be the biggest influencer to potential clients. So remember to always make them a priority.

Riding on a Wave of Success

Since opening in 2008, Joyce has attracted much attention from the blogging and media world. Noir has been featured on Breakfast Television, CBC’s Living Vancouver, in LouLou magazine, MORE magazine, 24 Hours, Business in Vancouver, CRAVE Vancouver 2010, Vancouver Is Awesome, and at the 2009 Juno Awards (Gifting Lounge). To name but a few.

One Last Piece of Advice?

“The one thing that a lot of people are afraid of when starting a business, is actually taking the leap to do it.”Joyce explains: “When I first started doing this, it was my third job. Who starts out a company as their third job? If you really want to do something, you can.”