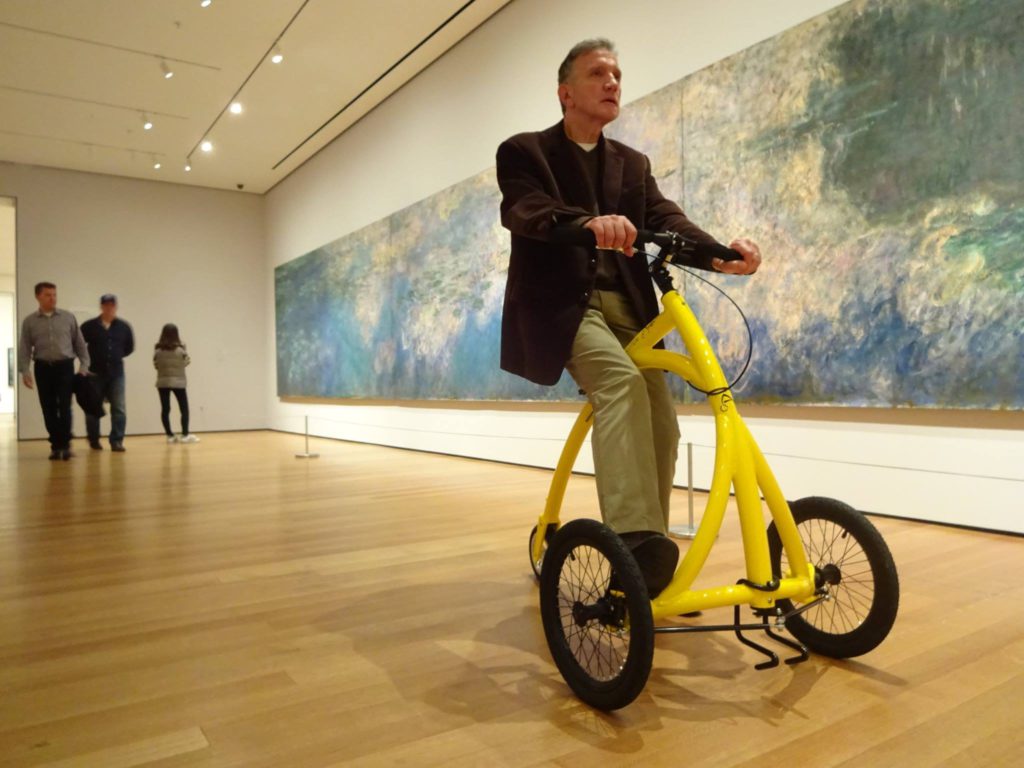 Inspiration comes in many forms.

For Barbara Alink, founder of The Alinker Inventions Ltd. it started with a comment by her mother. While passing elderly people getting around on walkers and scooters, she remarked:

“Over my dead body will I ever use one of those.”

The comment stopped Barbara in her tracks. She set out to design something better for her mother, not realizing she would also be creating a vehicle for social change.

The Alinker is a non-motorized walking bike without pedals. It’s designed for anyone who wants to maintain an active life regardless of their movement abilities or disabilities. It’s distinctive, and styled to overcome the uneasiness towards disabilities that prevails in mainstream society.

“When we designed The Alinker, we wanted to make something so cool that it overcomes the discomfort other people have with disability,” says creator Barbara Alink.

“Other devices in this area offer a technical solution for a body with a problem, reducing the user to a ‘body with a problem.’ The Alinker is designed for how you want to live your life. The user moves independently, is at eye level, and is the person with the cool bike rather than being dismissed and isolated as ‘disabled.’ Our users keep telling us The Alinker has changed their lives.”

The Road to Entrepreneurship

Before settling in British Columbia, Barbara racked up a lifetime of experiences around the world. With a background in woodworking, architecture and engineering she established a woodwork vocational school for street boys and girls in Kenya, as well as a school for the deaf. She then moved to Kabul, where she learned lessons that would set her on the path to entrepreneurship.

“I developed a desire to start a business in order to contribute to the world around us,” she revealed.

“I was sick of having the good I was trying to do become obstructed, and I thought ‘what can I do now to create a force to have impact, a social enterprise, a business for good. The Alinker was born from this and first introduced to the market in the Netherlands through a successful crowdfunding campaign in 2014 that reached over 112% of its goal.

“Supported as a seed investment in 2014 and a follow-on investment, the first product shipped in 2015 after 14 prototypes. In 2016, we launched in North America through another highly successful crowdfunding campaign that reached 375% of the goal.”

Relocating to Vancouver in 2010, Barbara embraced the supports available to British Columbian entrepreneurs. Over 98% of businesses in our province are small businesses, which rely on the many resources out there. Bridget explains how she sought help from the local community:

“Participating in the BC New Ventures competition was instrumental for making me aware of how much is involved in starting a business.

“Very early on I pitched to the Angel Forum. This resulted in a contact with Phil Mundy who is still a Director on our board. I also attended the MasterMinds Meetups where I met the link to my first investor, who then became my mentor. Taking part in the Small Business BC Awards was also amazing for us thanks to the recognition and exposure of the impact of our invention. The increased exposure is a vehicle for change and helps us to challenge the assumptions surrounding people with disabilities.”

For Barbara and Alinker, the future looks bright. Their product has found a large audience, increasing mobility options and self-image for its users. But what comes next?

“After 14 prototypes, three financing rounds, two patents, three trademarks and six years, we have an ever-growing audience using Alinkers. This brand-new concept is still alive and growing and that to us is a great success!

“Looking forward, we want to become a movement for inclusion with our wonderful bike as the vehicle to get us there. Along the way, we hope to improve thousands of lives.” 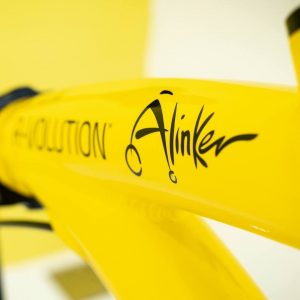