Make sure to avoid potential legal pitfalls by fully understanding the definition of a dependent contractor for small and medium-sized businesses.

What are Dependent Contractors?

Dependent Contractors are contractors that are economically reliant on one principal. To determine this, a court will consider whether the contractor:

What Does this Mean for Employers?

For example, there was a recent dependent contractor case, Khan v. All-Can Express Ltd. (2014 BCSC 1429) decided by the Supreme Court of British Columbia.

In this case, Khan, an owner-operator of his own truck, entered into a contract to service Ace, a courier company. Khan signed a contract which stated that he was an independent contractor. The contract also stated that he was responsible for the maintenance of his truck and related expenses. He also had to hire a replacement driver when he was not available and he did not receive any employee benefits or vacation time.

Despite the above, the court found that Khan, who had worked for Ace for five years, was a dependent contractor and awarded him four months of notice. In deciding that Khan was economically dependent on Ace, the court noted the following:

To minimize liability in the event a contractor is found to be a dependent contractor, employers should take the following steps: 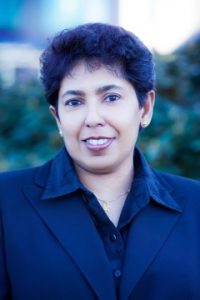 Heather is a lawyer, mediator and workplace investigator. She is called to the British Columbia Bar and also holds a MSc in Training and Human Resources Management from the University of Leicester, UK. Heather currently practices law at Kent Employment Law. Heather’s practice focuses exclusively on all aspects of employment and labour law in unionized as well as non-union workplaces.