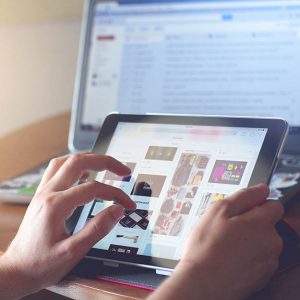 The most defining and crucial point of a leader’s career is how they react when they are under an immense amount of pressure. Throughout the Brazil 2014 World Cup, we see that every team has their leader, such as Thiago Silva for Brazil and Gianluigi Buffon for Italy. The question is, does this leader know how to work under pressure? And has this leader been able to teach his team so that they are able to work under pressure as well? These are questions we should also be asking ourselves as business leaders.

Do our people see us as their constant rock? Or do they see us as the loose rock that is going to fall as soon as the ground starts to shake? In order to lead a team, and be successful at it, our people must trust us and be able to look at us for answers and support when things aren’t going as planned.

In the World Cup this year one of the biggest upsets was the semifinal game between Brazil and Germany, Germany taking the win 7-1. Many people blame the loss on the absence of the team’s leader, Thiago Silva. Experts had described the team as “disorganized and confused” without their leader. In soccer a captain/ leader isn’t always the best player, they are usually the player that is emotionally strong, diligent, and motivating just like a leader in business. The team was definitely missing Silva because of his skills and knowledge for the game, but they needed his motivation, confidence, and encouragement more than anything.

As leaders, what can we do to stop this from happening?

The most effective way to lead others is by empowering them, giving them structure/guidelines, and then getting out of the way so they can soar. By doing this you are allowing your team to be independent, and no longer feel the need to completely rely on you. Your people should look at you for guidance, but they should also feel confident enough to do their job when you are not there.

Being a leader is a tough job. Whether you’re the leader of a business, or the leader of a soccer team, you need to make sure that you have given your team the necessary tools in order to succeed. As leaders, we wont always be present and that’s okay, but we should be teaching our team how to deal with that when it happens. Brazil lacked leadership in the semifinals against Germany, but if the team had felt the confidence to go on without their main man Thiago Silva, maybe the outcome would have been different.

Carolyn Stern is the owner of Carolyn Stern & Associates, a consulting firm which provides a full complement of strategic, custom-tailored services: including research, design, promotion, facilitation, training and coaching. In addition to her accomplishments as a successful entrepreneur, author and university professor, Carolyn is a popular guest speaker at national/international seminars, conferences and retreats.