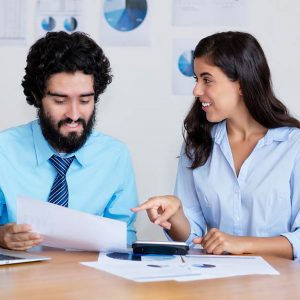 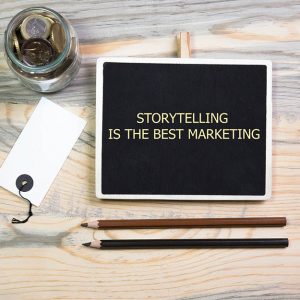 No matter what the nature of your business is, bright energy-efficient lighting is likely to have a positive impact.

Longer nights and increasing hours of lighting use make this a great time to upgrade to more energy-efficient lighting. In addition to adopting no-cost habits such as using more task-specific lighting and making the most of natural light, you can also take advantage of programs like BC Hydro’s Product Incentive Program (PIP), which offers rebates and incentives on lighting – and other equipment – when you upgrade to energy-efficient models. As well, until the end of the year, your business could qualify for rebates on energy-efficiency upgrades through the LiveSmart small business program.
This year’s five Energy Fix contest winners – who each won a $5,000 “lighting makeover” – are discovering numerous benefits. Here are their stories.

“We feel like we’ve won the lotto,” says Elizabeth Rosewell who runs the shop along with husband, Richard. “[The lighting upgrade] was exactly what we needed. We’ve done a lot of upgrades to the building, such as installing energy efficient windows and new shingles, but our 20-year old track lights looked like big coffee cans and were really hot.” The lights were so hot that during the summer, the Rosewells would have to turn them off between customers to keep the store from becoming uncomfortable.
Through the Energy Fix contest, all those track lights have been upgraded to LEDs. “Now the store stays cool even on the hottest days,” says Elizabeth. “It was the first August in years when we were able to keep the lights on during the day.”
The Rosewells are also pleased that the lights are smaller, more comfortable, and that they fit with the “waste not” value system of their business. “These LEDs last much longer, so we won’t have to replace bulbs for many years,” says Richard.

Over the years the park’s owner, Keith Evans, had struggled to find a solution to having the shower room lights running 24 hours a day. “It was incredibly wasteful,” says Evans.
He had thought about gutting the walls to put individual switches into each shower, and he’d considered installing motion sensors. “Motion sensors we thought about years ago, but there’s a risk,” says Evans. “If the lights went out while someone was in the shower, they would have to come out with wet feet and make some motions.”
His Energy Fix upgrades have included replacing the ballasts in the shower building to accommodate more efficient lighting, and installing ultra-sonic occupancy sensors in all 12 of the individual shower rooms. “Now you walk in the door and the lights go on, you walk out and they turn off,” he says.
Evans isn’t the only one excited about the ultra-sonic sensors. The park gets close to 40,000 visitors mid-April to mid-October and the sensors have been receiving plenty of positive feedback. “People love them,” Evans says. “Especially people who’ve been coming here for 30 years, they say, ‘It’s awesome that those lights shut off now.’”

Northcoast Health and Fitness in Terrace is open from 3:30am to 10pm most days. With such long business hours, lighting is a big part of the gym’s energy use.
The gym’s owners, Charis Ritter and her husband Ashley Whittington, work hard to keep it filled with quality equipment, but at the same time they want to keep their costs low so they can keep their prices low too.
With the $5,000 in prize money, BC Hydro managed to upgrade all the lights in the facility. “The six lights in the main gym were so old that the last time I went to get new bulbs the people in the store didn’t believe they were the right lights. They told me [those lights] were going to be obsolete soon,” says Ritter.
BC Hydro changed all the fluorescents on the main floor to T8’s and T5’s. “We were concerned the lights wouldn’t be bright enough,” says Ritter. “But even though the new lights have lower wattage, they give off more light and less heat. And the light is really well distributed,” she says. “It’s an even light, very dispersed.”
Ritter likes that these upgrades will reduce some of their energy expenses. “This will help us keep our prices low and make it so we can purchase new equipment,” she says. “And it helps the environment too, not using so much power.”

The Salmar Grand Cinemas are non-profit and community-owned, with 100% of the proceeds go toward theatre improvements or community projects. Being sustainable and fiscally responsible are both key to their operations.
Some of the lighting in the Salmar Grand had been upgraded during recent renovations. “We switched to stadium seating in the theatre, so at that time we’d replaced all the lights in the aisles and around the doors with LEDs,” says Daila Duford, the cinemas’ general manager.
Their contest prize included replacing all the floodlights in the lobbies, hallways and bathrooms with LEDs. As well, all the incandescent holiday lights on the exterior were replaced with LED light strings.
The cinemas haven’t received a electricity bill yet since the upgrades, but Duford says already they’re feeling the benefits. “The aesthetics are so much better – and brighter. The new lights give a nice effect down the hallways,” she says. “And the outside lights make a huge difference. The give the place a glow that really draws your attention.”

When it was built in 1887, the Colonel Baker farmhouse and some cow pastures comprised the entire town of Cranbrook. The house was slated for demolition in 1983, until the Cranbrook Railroad Museum came to the rescue and had it fully restored.
Dr. Mike Harach bought the building nearly fourteen years ago and it now serves as a health centre, housing seven health-oriented practitioners, including counsellors, a chiropractor, an orthopaedic surgeon, and a massage therapist.
Recently, Harach had started to suspect that the house itself needed some health care. “I did a Power Smart assessment and [the assessors] told me that my building was like a bucket full of holes,” he says, “but they also showed me where it would be best to spend money on upgrades.”
For the lighting upgrade, BC Hydro replaced 43 fluorescent light fixtures – every fluorescent lighting bank in the building – with more energy efficient ballasts and tubes.
As well as replacing all the existing incandescent exit signs with LED versions. Each LED exit sign saves approximately $20 per year, compared to an incandescent sign, and the Colonel Baker House has seven exit signs in all.
Since the upgrade, Harach says he and the building’s other tenants have noticed that the light is brighter and more natural than before. Not only that, the bulbs they chose make the light more comfortable on the eyes. He says it’s too soon to tell if there’s been a big change in the energy bills. But, Harach says economic benefits aren’t the only advantage to being more energy efficient, sustainability is important to him as well. “It feels good to be part of the solution,” he says.

Learn more about how you can get rebates to help with lighting and other energy efficient upgrades. BC Hydro Product Incentive Program.

Restaurants setting the mood and serving up special deals across BC.

Don’t miss out! On October 25, restaurants across the province are dimming their lights, dialling up the ambiance and demonstrating how simple actions –like flicking a switch –can save energy. An impressive list of restaurants is taking part in this year’s Candlelight Conservation Dinner, offering a range of special offers (yum!).

For a full list of restaurants and their deals, visit bchydro.com/candlelight

BC Hydro is committed to helping our business customers enjoy all the benefits of saving energy. BC Hydro’s PowerSmart programs provide the tools, resources and financial incentives needed to cut energy costs and get on track to a greener and more energy-efficient future. Energy conservation is the most cost effective and environmentally responsible way for British Columbians to meet the province’s growing energy needs.