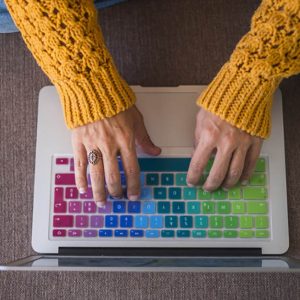 Celebrate the start Small Business Month this year with 400 members of government, small- and medium-size business owners, government representatives and industry influencers at Small Business BC’s 6th Annual INSPIRE Celebration of Entrepreneurship at the TELUS World of Science on October 1, 2015.

For nearly a decade, British Columbia has celebrated Small Business Month in October to recognize the important contributions of small businesses to the economy and our local communities. It’s also a time to acknowledge the organizations and groups that help small business owners across the province and highlight the programs and resources that are available to entrepreneurs.

Knowing that big things often have small beginnings, Small business BC and TD Canada Trust will be launching this year’s Small Business Month with INSPIRE, an exciting evening of networking and discussion with British Columbia’s leading entrepreneurs, including:

Being an entrepreneur is not for the faint of heart, but for the brave, patient and persistent. And it’s no secret that you need a little inspiration now and then.

With that in mind, this year’s panel discussion will be about Leadership and Growth Strategies for Driving Bottom-Line Results.

During the panel, CEOs and Founders of SHOES.COM, Nettwerk Music Group and YYoga, Saje Natural Wellness, Nature’s Path Foods and Talk Shop Media  will share their business stories advice and more importantly their inspiration on topics, including:

Following the panel Christine Day, CEO at Luvo Inc. will discuss From Idea to Market Share: The 5 Greats of Great Business:

Christine Day is the CEO at Luvo, a revolutionary frozen food company that offers great tasting, nutritionally-dense food, made from the highest-quality ingredients. In her role, she leads the strategic direction of the company including marketing, operations and financial performance. Prior to Luvo, Christine served as the CEO at lululemon athletica for six years, growing the company’s revenue from $290 million to $1.6 billion, making it the most profitable retail-apparel company in the world. Christine has been named in Fortune Magazine’s top 5 International Most Powerful Women, Canada’s Top 100 Women and CEO of the Year by both Globe and Mail and Business in Vancouver.

Born and raised on Vancouver Island, Arran Stephens learned a valuable lesson from his dad: “Always leave the soil better than you found it.” After twenty years of providing wholesome foods both locally in his vegetarian restaurant, and nationally with Lifestream, Canada’s first natural foods supermarket, Arran and his wife created Nature’s Path Foods in 1985. Built on a foundation of social responsibility, sustainability and financial viability, Nature’s Path has grown to become North America’s largest breakfast foods company.  Despite many offers, Nature’s Path remains proudly independent, with his son, daughter and other team leaders in place to carry on Arran’s passion and mission.

Kate Ross LeBlanc is the CEO and Co-founder for Saje Natural Wellness. Featured in the Top 100 Women Entrepreneurs list by Chatelaine Magazine, Kate has also been nominated for the YWCA Woman of Distinction and Canadian Entrepreneur of the Year Award. Currently serving as the ICSC Retail Chair for British Columbia Kate is passionate about retail, product innovation and design. She travels the world every year inspiring the Saje product line and design teams to evolve, expand, create. Kate was recently honored at the 2014 CEO for Profit 500 top earners award.

Roger Hardy is an ecommerce veteran. Founding Coastal Contacts in 2000, he sold the online eyewear store in 2014 to Essilor International for $430 million. The highest price paid for a Canadian online retailer and for a Canadian optical company. In 2013, Roger became the seed investor for SHOES.com, founded by Sean Clark, a former member of the Coastal Contacts team. He joined the Shoes.com team, in July 2014 as CEO, and built a team of leaders with world-class ecommerce experience. In the last 12 months, he has lead the acquisition of two US based online footwear retailers with a loyal following across North America and increased the valuation of the company from $8 million to $320 million and growing. Today SHOES.com is Canada’s largest Canadian ecommerce business.

Terry McBride is the CEO and co-founder of Nettwerk Music Group, which includes Canada’s largest independent record label, artist management and music publishing company. Founded in Terry’s apartment in 1984, Nettwerk has corporate offices worldwide in Vancouver, London, Hamburg, Boston, Nashville, Los Angeles and New York. Since its inception, Nettwerk has released over 600 different albums and sold over 160 million albums worldwide with renowned artists such as Coldplay, Fun, Passenger, Dido, and Sarah McLachlan. Terry has spoken at dozens of international conferences about social marketing, digital branding, intellectual property rights and the future of music consumption. In 2004, Terry stepped onto a yoga mat for the first time by way of recommendation from a friend, and it wasn’t long before he realized that yoga offered him more than just a flexible body and mind. Acting on this realization, Terry, along with his friend and yoga instructor, Lara Kozan, co-founded a chain of wellness centers called YYoga. It’s Terry’s vision for YYoga Studios to evolve into social third spaces, focusing on health, fitness and wellness for the body, mind, spirit and the community. Terry is a long-time supporter, E-Series speaker, and recipient of the 2015 FWE Mentor Award.

Katie Dunsworth-Reiach, is Co-owner and Principal of Western Canada’s largest independently owned PR and digital marketing agency, Talk Shop Media. Katie is also a co-founder of the Smart Cookies – a personal finance brand offering lifestyle and money saving strategies to women.  She contributes to Global Weekend Morning News, CTV News, and Best Health Magazine. Today, Katie is an enthusiastic entrepreneur, investor, mother, friend and wife. Katie is also among the youngest women to rank on Business in Vancouver’s 40 under 40 and volunteers her time with Habitat for Humanity’s Women Build and CKNW Orphan’s Fund.

This year we will also be joined by The Honourable Coralee Oakes, Minister of Small Business, Red Tape Reduction and Liquor Distribution, who will proclaim the start of Small Business Month for British Columbia.

Feeling inspired? Join us on October 1, 2015 at TELUS Science World, and find out more about these fascinating business magnates.

Register for your tickets in advance. Space is limited to register early to avoid disappointment.

Tickets include one FREE drink from Bench 1775 Winery, Driftwood Brewery or Ward’s Hard Cider, and canapés.

Enter the door prize draw for a chance to win one of two Samsung Galaxy Tablets courtesy of TD Canada Trust.

We look forward to seeing you there as we celebrate small business in BC and learn from the determination and ingenuity of other successful entrepreneurs.