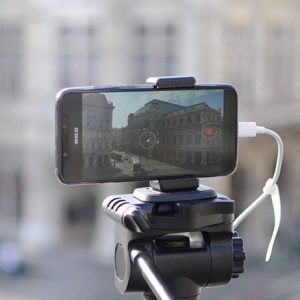 Statistics from the Government of British Columbia show there will be almost one million job openings in B.C. over the next decade. With an already low unemployment rate across the Province, employers face an increasingly tricky task in filling these vacancies.

Meanwhile, there are 334,000 British Columbians aged 15-64 that have a disability. These individuals represent an important talent pool that is largely untapped. The Presidents Group – a network of change-driven BC business leaders – are aiming to address both issues by improving employment outcomes for people with disabilities and creating a more accessible consumer marketplace.

“I think our collective commitment is to really move the needle on the number of people that are employed in our province who identify as having diverse abilities.”

Why this Work is Important

Unfortunately, the unemployment rate for people with disabilities is 4.5 percentage points higher, 11.6% vs 7.1% when compared to people without disabilities, despite comparable education and skillsets. The Presidents Group recognizes that un-/under-employment can lead to many other challenges such as poverty, social exclusion, and poor health outcomes due to lack of food and shelter security. Improving employment outcomes for people with disabilities is critical to the health of our province, a revelation that led to the creation of the Accessible Employers website.

The Business Case for Hiring People with Disabilities

People with disabilities represent a massive talent pool in British Columbia. Accessing these candidates delivers a wide range of advantages for your small business. Here are five of the biggest benefits you’ll enjoy:

In organizations with accessible employment practices, staff retention was 72% higher among people with disabilities. It can also have a positive effect on staff morale, according to Mark Brand, Owner of Save On Meats:

“Once you bring someone [with diverse-abilities] through, you’ll see the morale of the rest of your staff change in such a positive way.

“We’re at a very key time right now where empathy is everything, and if you’re not showing it and leading with it, you’re going to have a lot of trouble retaining your people going forward. So, reach out to an agency, bring somebody in, see that it’s not only not difficult, it’s incredibly rewarding.”

Among its employees with disabilities, Walgreens cited a 40% lower safety incident rate, 63% lower employee time away from work due to accidents, and 78% lower overall costs associated with accidents.

Interested in finding out more about becoming an accessible employer? The Presidents Group has compiled a comprehensive list of resources to help you make your workplace a more inclusive and accessible for people with disabilities.