Waiting for the Ambush

In 2012 WorkSafeBC expanded compensation to cover workers who experienced mental disorders that are predominantly caused by work-related stressors.

Those who were following this change expected an ambush of new compensation claims, and as a result, an increase in WorkSafeBC premiums. With 44% of workers stating they have experienced or are experiencing a mental illness, there was good reason to expect an onslaught.

So far, claims have been trickling in, but it’s far from an ambush.

Never Too Small to Be Affected

Some organizations took a deep breath and got to work writing policies and communicating them before the November 1, 2013 deadline. Others sat back and waited for the soon-to-be-released toolkit. Others thought “Aw shucks, I’m too small to be affected.”

Guess what? No organization is too small to be affected.

A whopping 40% of working Canadians have experienced bullying in the workplace – and small business isn’t immune.

What’s more, “bullying” is defined very broadly in the new policies as “any inappropriate conduct or comment by a person towards a worker that the person knew, or reasonably ought to have known would cause that worker to be humiliated or intimidated.” Considering the number of small businesses that deal directly with the public, it’s very possible that one of your employees could face a situation where they felt intimidated or humiliated.

Protect Your People and Your Reputation

There’s also a chance you will have two employees who aren’t able to communicate effectively with one another. And you’re definitely going to be affected in some way by the large number of employees who are already experiencing mental health issues.

How you respond, and how you prepare and protect your employees in these situations will determine whether or not WorkSafeBC comes knocking on your door. It will also determine which of your employees stick around, and what kind of new talent you’re able to attract.

Workplace safety has come a long way. It’s just a matter of time before psychological safety is considered alongside physical safety. One day soon we will be as concerned about protecting our minds as we are about protecting our limbs. Canada has taken one step closer with the release of its voluntary National Standard on Psychological Health and Safety in the Workplace. 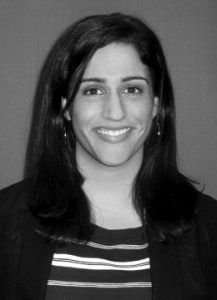 Julia Kaisla is the Direector, Community Engagement, at the Canadian Mental Health Association BC Division. The CMHA, BC Division exists to promote the mental health of British Columbians and support the resilience and recovery of people experiencing mental illness.