These days it seems as though it’s everyone’s dream to run their own business. However, when asked why, it’s not uncommon to receive answers such as “I want to be my own boss,” or “The flexibility in my schedule will allow me to do more things I couldn’t otherwise do.”

Anyone who’s ever owned their own business knows that while some of that may be true, the life of an entrepreneur is one that requires you to be on all of the time. You’re constantly thinking of ways to improve your business, busy looking over your shoulder trying to stay one step ahead of the competition and trying to ensure you can keep the lights on at the end of the month. Being a business owner is a far cry from freedom, flexibility and perks such as a mid-day workout. However, those who manage to stick it out and display extraordinary levels of discipline and commitment usually enjoy all of the above and then some when all’s said and done.

Here are three qualities that are typical of a successful business owner:

1. They Don’t Care What Others Think of Them

Steve Jobs famously said, “Here’s to the crazy ones, the misfits, the rebels, the troublemakers, the round pegs in the square holes… the ones who see things differently.” It’s next to impossible to innovate and push boundaries and worry about what others think of you and your ideas. Sure, it’s good to have a support system to use as a sounding board, but anyone who has ever achieved any level of success wasn’t afraid to go against the grain and pursue ideas that others were quick to doubt and dismiss.

2. They Wake Up Early Every Single Day

One thing (most) entrepreneurs are notoriously known for is productivity. One of the culprits for this is the ability to rise early. Robin Sharma coined the term The 5 O’Clock Club, arguing that life is too short to be wasted and insisting that we’re capable of accomplishing more. Waking up early offers a slew of benefits including the ability to enjoy a golden hour; a span of an hour or two each morning where high levels of productivity can be achieved due to the lack of interruption from outside factors such as people or technology. Further to this, the extra time each morning allows you to complete tasks that you otherwise wouldn’t have had time to complete, despite their obvious benefits such as exercise, meditation or the formulation of a plan of attack on the day ahead.

3. They Don’t Give Excuses

This one ties in nicely with waking up early. Individuals with a high desire to succeed don’t let anything stand in their way, especially not an extra hour of sleep. Entrepreneurs who see success go after the things they want, rather than talking about it and hiding behind an infinite list of things that are seemingly stopping them from achieving their goals and dreams. Be bold, take risks and go after what you want. There are always going to be things that stand in our way but it’s up to you to make the conscious decision to overcome them.

“What are your choices when someone puts a gun to your head?

What are you talking about? You do what they say or they shoot you.

WRONG. You take the gun, or you pull out a bigger one. Or, you call their bluff. Or, you do any one of a hundred and forty six other things.” 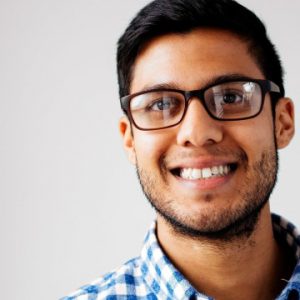 Director of Business Development at Daily Hive with a passion for startups, tech, cooking and fitness. Editor of Vancouver Entrepreneurs Series